Tea and Hearth Health: in the U.S., more than 81 million people suffer from heart disease. Recently, increasing numbers of scientists from all over the world still continue to research the potential benefits of tea on heart health because of two reasons: First, antioxidants are good for health [1]. Second, the abundant catechins in tea are effective and strong antioxidants in humans [2, 3]. 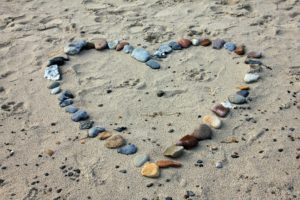 In 2009, a group of researchers from UCLA’s School of Medicine conducted a meta-analysis on black and green tea consumption and the risk of strokes [4]. They reviewed the data from nine studies involving 4,378 strokes among 194,965 individuals. They found that regardless of country of origin, individuals consuming three or more cups of tea per day had a 21% lower risk of stroke than those consuming less than one cup per day. They suggest that daily consumption of either green or black tea equaling three cups per day could prevent the onset of ischemic stroke.

In a European study published in 2010, the researchers observed a total of 37,514 participants for 13 years for the occurrence of cardiovascular mortality. High tea consumption was found to be associated with a reduced risk of coronary heart disease (CHD) mortality [5].

In Japan, the Ohsaki National Health Insurance Cohort Study concluded in 2006. The study was initiated in 1994 among 40,530 Japanese adults aged 40 to 79 years without history of stroke, coronary heart disease, or cancer at baseline. Participants were followed up for up to 11 years (1995-2005) for all-cause mortality. Those who drank more than two cups (about 17 ounces) of green tea per day reduced their risk of death from cardiovascular disease from 55% to 33%, compared to those who drank less than a half-cup of green tea daily [6].

Scientists in many countries have observed the correlation between tea consumption and heart health. For example, Tokunaga et al. (2002) correlated total blood cholesterol and green tea intake in 13,916 healthy male and female Japanese workers aged 40 to 69 [7]. There was a significant decrease in total blood cholesterol reported in men and women who consumed more than 10 cups per day. In a cross-sectional study of 1,507 participants in 2004 in Taiwan, the researchers at the National Cheng Kung University Hospitalfound that the risk of developing high blood pressure by those who consumed one to two cups of green tea every day for at least one year was reduced by 46% compared to those subjects who consumed less than one cup per day [8].

Epigallocatechin gallate (EGCG) is a major catechin in tea. A group of researchers at the Boston University School of Medicine conducted a randomized, double blind, placebo-controlled study on the effects of EGCG in 42 subjects with endothelial dysfunction [9]. Endothelial dysfunction is related to vascular events, such as strokes and heart attacks. The researchers observed that EGCG supplementation acutely improved brachial artery flow-mediated dilation (a measure for cardiovascular risk), which improved endothelial dysfunction. This study provides evidence that EGCG in tea may potentially benefit heart health.