In recent years, the research on how tea may benefit cancer patients has been intensively studied because tea catechins are potent antioxidants. For example, a growing body of tea research using mice and vitro approaches has shown promising results that tea catechins (a key element in tea flavonoids) may act against cancers via inhibition of cancer development and elimination of cancer cells [1,2].

Many researchers worldwide have been studying for associations between tea drinkers and risks of breast, lung, prostate, gastric, and other cancers. Despite the promising results of animal and vitro studies, human studies about tea provide some data for its preventative effect on prostate and breast cancers, but it has not yet proven sufficient for preventing other cancers [3].  Below is the information from recent tea research conducted to investigate prostate and breast cancer.

Researchers from the School of Medicine at the University of Wisconsin in Madison initiated a program to study the chemopreventive effect in green tea. Based on their animal models and several clinic trials, they suggest that green tea may have a distinct role as a chemopreventive agent against prostate cancer [4].

Similar results were found in humans by researchers from the University of Parma in Italy [5]. High-grade prostate intraepithelial neoplasia (PIN) is likely to precede the development of prostate cancer. These researchers followed 200 individuals with high-grade prostate intraepithelial neoplasia (PIN) to determine their risks of prostate cancer. One group received green tea catechins daily, while the other group received a placebo. After one year, only 3% of the patients in the green tea catechin treatment group developed prostate cancer, whereas the rate of cancer development in the placebo group was 30%. No adverse effects were associated with the treatment.

In 1990 and 1993, a group of Japanese researchers at the National Cancer Center in Tokyo recruited 49,920 men aged 40-69 years who reported their green tea consumption habit as baseline. These subjects were followed until the end of 2004. During this time, 404 men were newly diagnosed with prostate cancer. They found that the relative risk was significantly lower for men drinking five or more cups per day in comparison with those who consumed less than one cup per day. These results suggest that green tea may be associated with a decreased risk of advanced prostate cancer [6].

Researchers in China and Austria also found similar results in 2007 [7]. They recruited 130 prostate cancer patients and 274 patients without prostate cancer from eight hospitals in 2001 and 2002. These patients were over 45 years old and reported their information on tea and dietary intake in a structured questionnaire. The data showed that prostate cancer risk was significantly reduced with increased consumption of green tea. This study suggests that habitual tea drinking could lead to a reduced risk of prostate cancer in Chinese men. 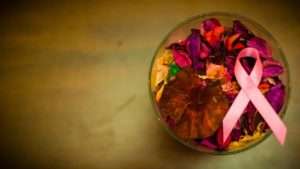 From 1995 until1998, several researchers at the University of Southern California examined green tea and the risk of breast cancer in Asian Americans, including Chinese, Japanese, and Filipino women in Los Angeles [8]. They recruited 501 breast cancer patients and 594 participants without breast cancer. All subjects were interviewed and reported information about menstrual and reproductive facts, dietary habits (including tea consumption), and lifestyles.  After adjusting other factors, the results showed that green tea drinkers (more than 86 ml/day, about 3 oz.) had a significantly reduced risk of breast cancer, compared to non-drinkers. The study suggests the potential role of green tea intake in relation to breast cancer risk in Asian-American women.

Two researchers from Harvard School conducted a meta-analysis study for breast cancer risk and recurrence [10]. They examined 5,617 cases from studies published between 1998 and 2009. The results showed that increased green tea consumption (more than three cups a day) was inversely associated with breast cancer recurrence.

In other words, green tea consumption may reduce the possibility of the recurrence of breast cancer.